The gunman who shot a bride and the bishop presiding over her wedding may have carried out the attack in revenge over the death of his pastor stepdad, after he was allegedly killed by the groom’s son a week earlier.

Dale Holloway, 37, is said to have walked into the ceremony in a New Hampshire church and opened fire, shooting Bishop Stanley Choate, 75, in the chest and hitting bride, Claire McMullen, 60, in the arm.

The suspect – who has been charged with first-degree assault – was the stepson of pastor Luis Garcia, who was found dead in his home in Londonderry on October 1.

Brandon Castiglione, 24, has been charged with second-degree murder in his death. He is also the son of the groom who was injured in Saturday’s attack.

Saturday’s shooting happened as mourners started to arrive for Garcia’s funeral, which was set to take place at the same church after the wedding ceremony.

Officials are now looking into the connections between the shootings. Senior Assistant Attorney General Benjamin Agati told The Washington Post there ‘may be some elements of revenge’ to the latest shooting. 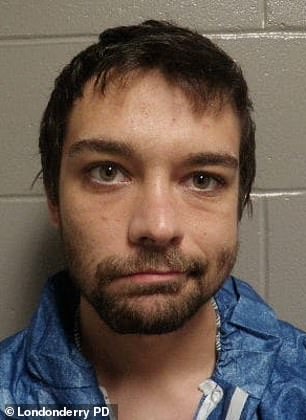 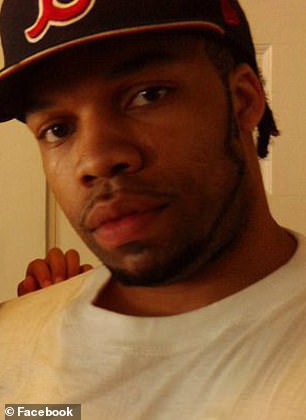 Brandon Castiglione, 24, left, has been charged with second-degree murder in Garcia’s death. He is the son of the groom who was injured in Saturday’s attack. Dale Holloway, 37, right, is said to have walked into the ceremony in a New Hampshire church and opened fire in revenge for her stepfather’s death The shooting came just hours before a service was to be held for church minister Luis Garcia who was shot in the neck and killed last week. He’s pictured here with his wife Patti

The Boston Globe reported that Castiglione was being helped by Garcia but there is no known motive for his death.

It has been reported that the Castilione and Garcia families were known to each other.

The groom, Mark Castiglione, was hit in the head with an object during the shooting.

Chief Joseph Roark said in a press conference on Saturday that Holloway was arrested in relation to the attack.

It’s alleged he opened fire on about 40 guests at the New England Pentecostal Ministries in Pelham just after 10am.

Police arrived at the scene within three minutes, and Chief Roark said that the shooter had been ‘detained and subdued’ by the wedding guests. He was then taken into custody.

‘From my understanding, they basically gang-tackled him,’ Chief Roark said.

‘There was a struggle … Minor injuries occurred to the other guests who were in the struggle with the shooter.’

He added that it ‘does not seem to be a random event’. 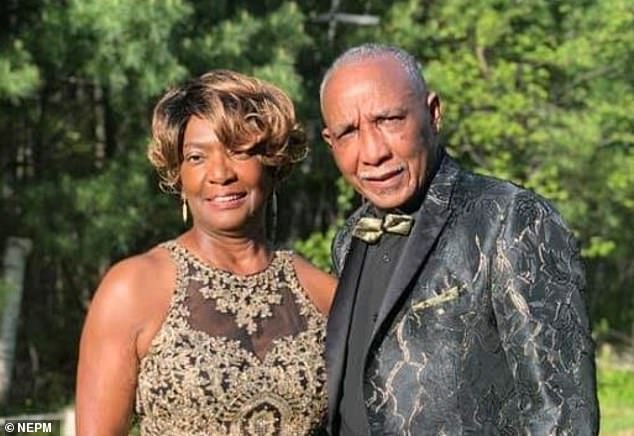 Bishop Stanley Choate was shot in the chest during the attack at New England Pentecostal Ministries during a wedding ceremony. The bishop is pictured with his wife Ruth 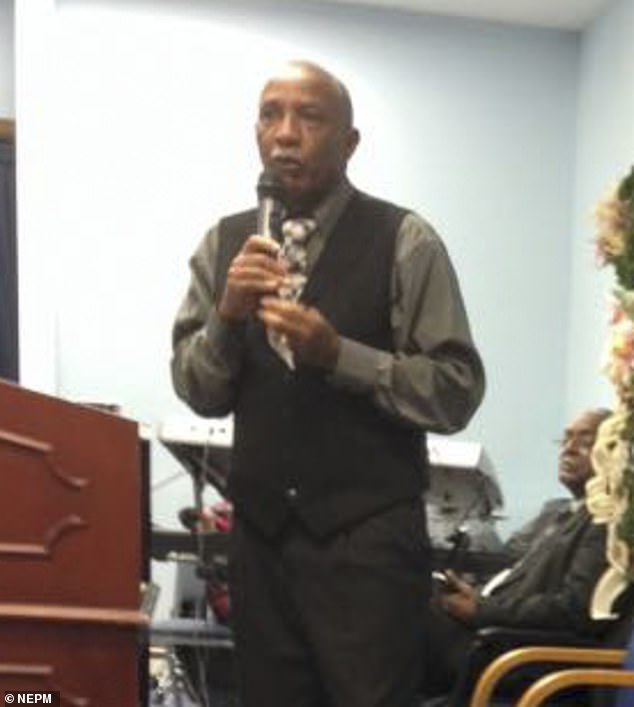 Bishop Choate was shot in the chest during the attack, and was said to have serious injuries 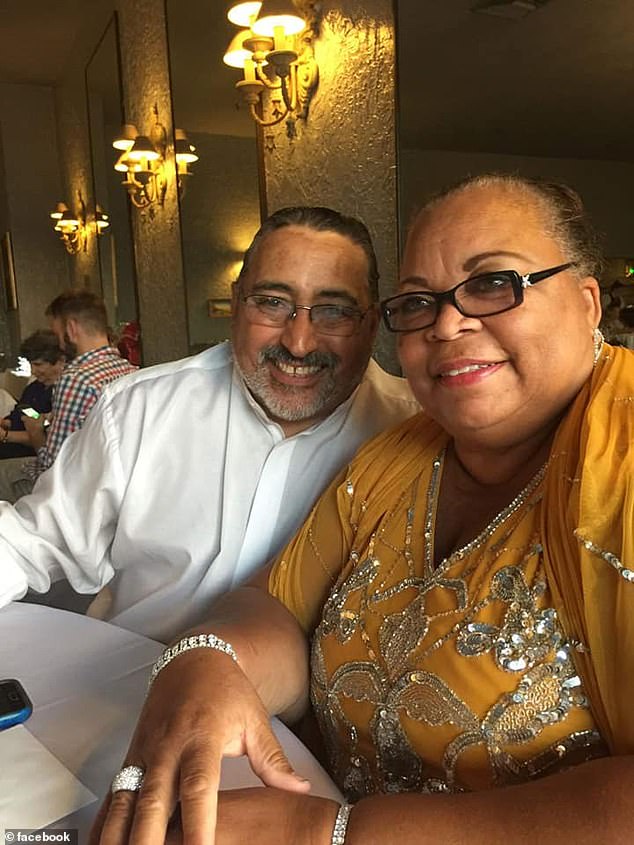 Pastor Garcia (pictured with wife Patti) was allegedly helping Brandon Castiglione, who is charged with his murder

Chief Roark said at the press conference that police were investigating whether the alleged shooter targeted specific people during the attack.

‘We have a lot of witnesses to interview, as you might expect,’ he said.

Funeral services for Garcia were to be held at the church, but after the shooting mourners were turned away by police.

‘He was a Superman stopped by a bullet. He was a Christian Batman hit by a Joker,’ a family member said of Garcia.

The New York Police Department Counterterrorism Bureau had said it was ‘closely monitoring the shooting incident at the New England Pentecostal church in Pelham, NH.’

The church website describes itself as ‘committed to touching lives dramatically and bringing aid and deliverance to all people regardless of race, creed or color throughout all generations.

‘Our church welcomes people from all parts of New England and the Northeast area.’ 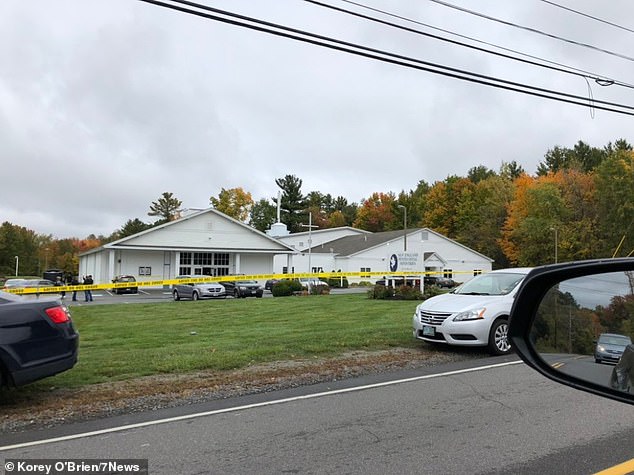 Dale Holloway, 37, who has been arrested for first-degree assault and counts of purposely and knowingly causing bodily injury by means of a deadly weapon 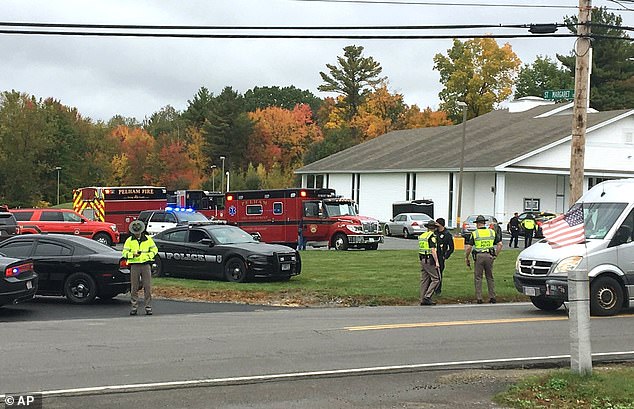 Police were called to the church in Pelham around 10am, where they found the gunman being pinned down by some of the 40 wedding guests

Bishop Choate and his wife Ruth had been leading the church since 1987.

She wrote: ‘A coward walked into my family’s church today at NEP New England Pentecostal Church and shot my uncle Bishop Stanley Choate. I call for anyone that knows and believes and In the GOD we serve to get on your knees and pray for my family.’